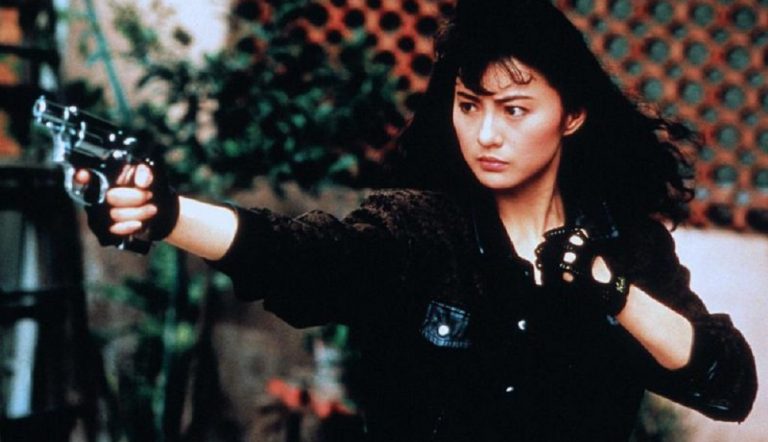 Monday movie night and starting things out with the classic 1987 Hong Kong action flick, Iron Angels via the original RCA Columbia Pictures clamshell VHS. Hong Kong flicks of the late 80s well into the 90s are definitely some of my favorites and most action packed, gun crazy, over the top fighting films around.

“Three secret agents meet their match in a notorious drug-running operative in this action film that would drive the “girls with guns” genre in full mode.

When a group of poppy fields in Thailand are destroyed by an international task force, this has angered the Dai Nippo organization, a company who uses a legitimate company as a cover for their drug running operation. Second-in-command Madam Yeung, the sister of the Big Boss, orders all the responsible parties dead. A Hong Kong police officer and a Japanese officer are both killed by Yeung’s subordinates. The Hong Kong police commissioner, worried that more bodies will turn up, call the Angel organization led by John Keung.

The Angel organization is a special unit of agents who are tasked to do the difficult missions that the regular police can’t handle. Keung enlists his top three agents, Japanese agent Saijo, young powerhouse Moon, and the very spoiled Elaine. Together with Commander Fong from the United States, the trio of agents break into the offices of Dai Nippo and gather enough evidence to stop Yeung. When they successfully stop a delivery from happening, Yeung kidnaps Fong, forcing the trio to go to action. They soon discover Yeung has an ulterior motive behind her actions.” – World Film Geek