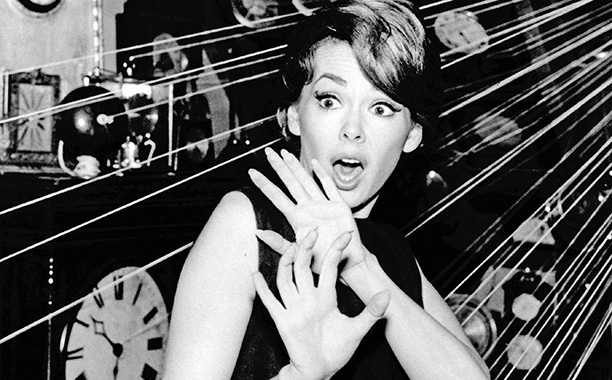 Back in 2009 and periodically until 2013, I had a blog called Trapped Inside Late Night TV which was based off of my love of staying up late nights as a kid watching TV shows while hearing my mother yell out “aren’t you sleep yet!?”.  I’m talk about the pre cable TV era and during a time where after a certain hour, the best programming aired on UHF TV while I should’ve been asleep. but wasn’t.  Then once the addition of cable TV and the VCR came into play, it was a wrap! Late night TV and TV in general had a big influence on me which is partially the reason why I am who I am and nostalgic for so many reasons.

Nothings changed and I’m still the same stay up late nights big kid that I’ve ever been so I’ve decide to pull out a few of my favorites from my blog and throw them back into syndication. If you were a late night TV watcher then Cinemax (skinemax as it was commonly referred to) was definitely a go to for skin flicks and wild action movies that weren’t being shown on other stations.  While browsing one late night I came across two VHS mixtapes that gathered so many of those memories all in one so I guess that makes for a great place to start with the new Trapped Inside Late Night TV segment of Nostalgia King.

Skinemax is Koyaanisqatsi for a generation raised on late night television and B-Movie VHS tapes. It’s long term entertainment for short attention spans. A nostalgic look back at a half remembered childhood of the 80’s and 90’s, Skinemax takes a close look at the culture of that era. The images that motivated, delighted and terrified us on the silver screen, set up to propulsive modern music that pines for a simpler time.

Skinemax from Smash TV on Vimeo.

Memorex is the advertising industry’s collective wet dream. The sequel to Smash TV’s critically acclaimed “Skinemax”, Memorex is a 50 minute VJ odyssey, a tribute to an entire generation who grew up with only a TV and a VCR for babysitters. Sourced from over forty hours of 80’s commercials pulled from warped VHS tapes, Memorex is deep exploration of nostalgia and fading cultural values of an era of excess. It’s a re-contextualization of ads – cultural detritus, the lowest of the low into something altogether more profound, humorous and at times even beautiful.

Memorex from Smash TV on Vimeo.