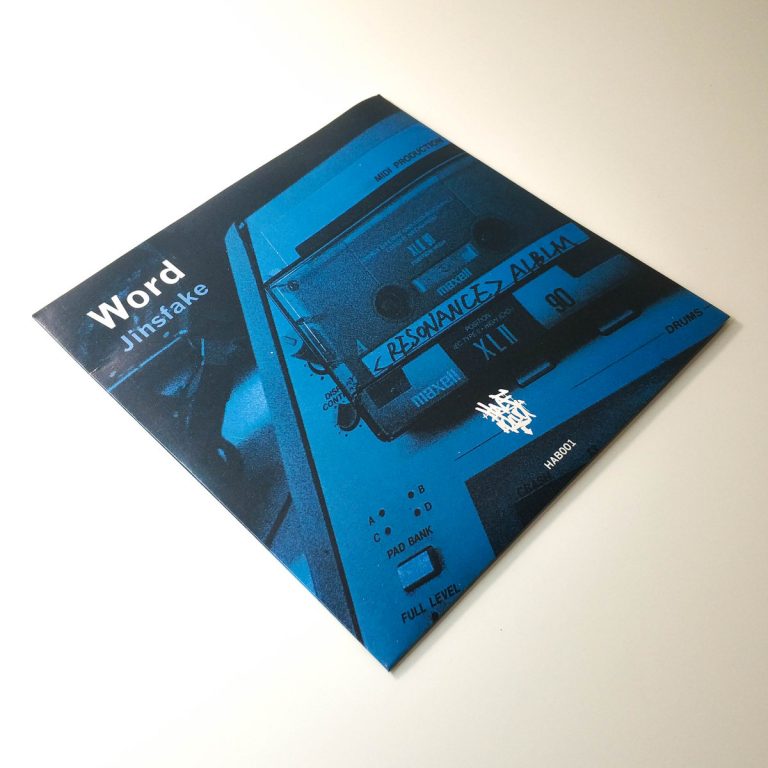 I usually start the day out listening to strictly instrumentals while responding to emails, sorting out upcoming releases and of course making my way though a plate of pancakes an bacon.  Adding to to instrumental rotation is the new 7″ from Beijing China’s keep it thorough producer, Jinsfake who recently released his instrumental beat tape LP Resonance back in January.  The new 45 takes to 90’s era boom bap cuts, 1 from the upcoming Dirtymoss album and the other from the Jinsfake LP and packs them nicely on a 7″ for carry and play during your sets.