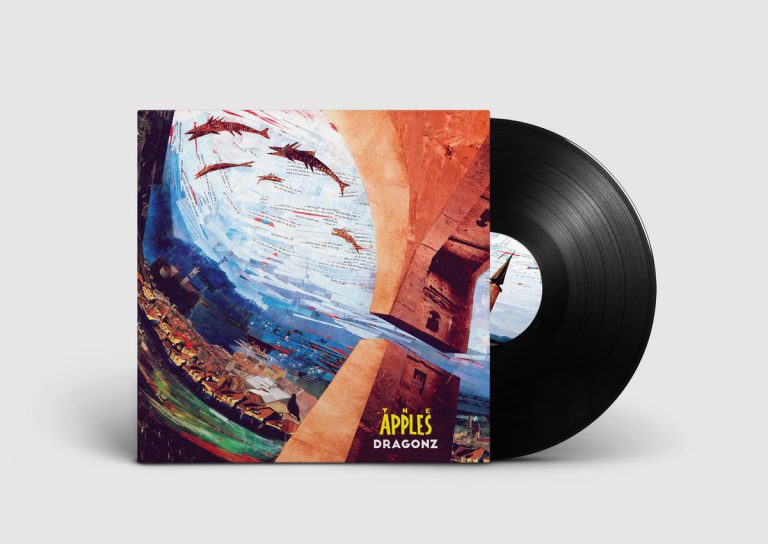 Forming in 2002 as students at Jerusalem’s Rubin Academy of Music joined with Southern Tel Aviv’s burgeoning underground scene and Haifa’s creative jazz/ethno mentality, together they began exploring spontaneous, groove-based, jazz flavored danceable improvised music. Upon this formation something special was born (or should be say naturally grown) with The Apples.  As The Apples, they’ve created a steady stream of great music and with their upcoming LP Dragonz, they’ve opened up and spread things a little wider within their sound.

“Rather than rely on their usual full band, live performance, one-room live single recording session, the making of ‘Dragonz’ was a departure for The Apples.
A multi-studio project spanning three continents, they assembled new instrumental tracks based on loops created in the studio and presented them to a wide-ranging selection of vocal collaborators to complete the picture with, and applied this method to the capturing of longstanding live favourites as well.

The concept of a “vocal album” was implemented on non-vocalist songs as well, treating the omnipresent turntables’ sample work not as the central element to the band, but rather its frontman.

Though containing disparate influences, guests and production methods, ‘Dragonz’ is undeniably Apples, might be their most focused LP to date, and it is certainly their most middle-eastern. Elements of the region’s indigenous genres have always been present in the band’s work, but never has their influence been as pronounced.”