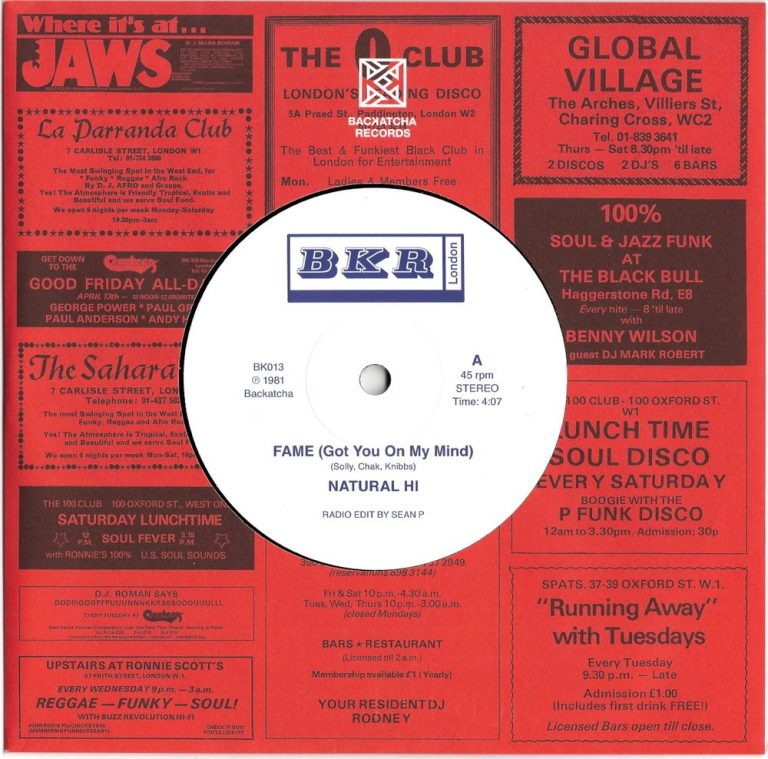 Natural Hi – Fame (Got You On My Mind)

There’s no denying that Backatcha Records is swiftly becoming a label favorite with their releases covering the funky spectrum of dance music.  One of their latest from Natural Hi with “Fame (Got You On My Mind) is served up here for the first time on 7” with a nice Sean P radio edit

Hailing from North and South London, Natural Hi was led by Solly Kane during the heyday of the UK’s jazz-funk scene in the early-80’s. The music and creativity was set amongst a backdrop of numerous clubs, bands, pirate radio stations, import record shops and many pivotal genre-breaking homegrown record releases. For musicologists, music buyers and anyone winding the clocks back to 1981, ‘Fame’ epitomises an underground sound that was informed by the youth movements across the city. Solly recollects the scene – “It was early jazz funk fusion and also at that time the London sound. From places like Crackers, Embassy and Canvey Island. There were a lot of mixtures going on in our heads from George Clinton to Light Of The World and everything in between.”