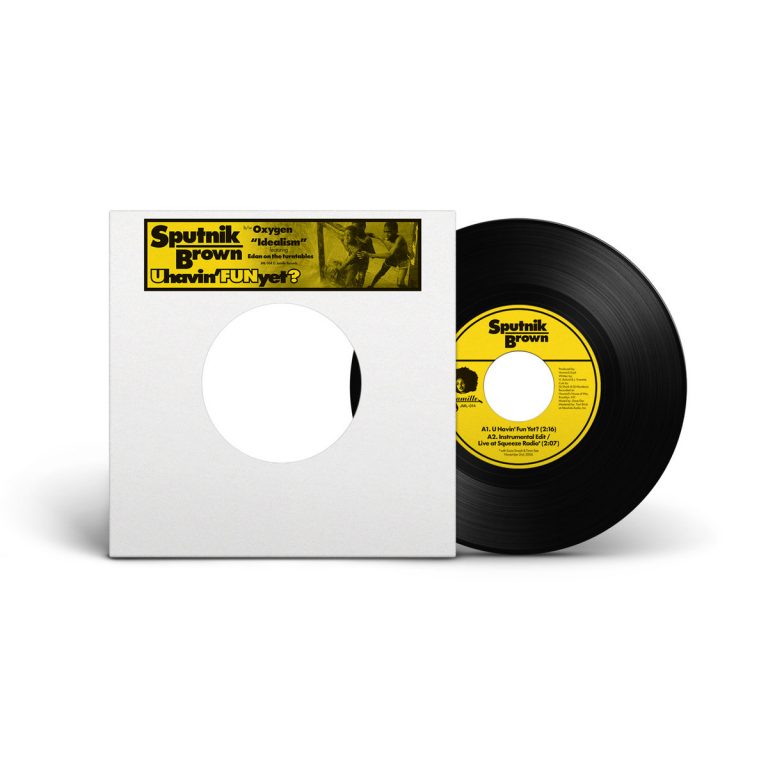 Sputnik Brown – U Havin’ Fun Yet?

The world needs more Oxygen in it and the new release from Sputnik Brown is just the breath of fresh air that we need to spread throughout headphones and eardrums and what better way then on a nicely pressed 45.

Previously released on 12″ back in 2007, Sputnik Brown’s cult classic “U Havin’ Fun Yet?” (featuring Oxygen on vocals) was well received worldwide by hardcore underground Hip Hop fans. The 7″ also has an instrumental edit PLUS a bonus 16 from Oxygen live from the legendary “Squeeze Radio” show with Sucio Smash & Timm See on WKCR 89.9FM recorded in 2006.

The B-side track “Idealism” features vocals from Oxygen backed with Edan on the turntables from their practice session back in 2012 for an in-store at NYC’s Academy Records. This has never before been released in vinyl format. It was only available via handmade CD’s and cassettes.