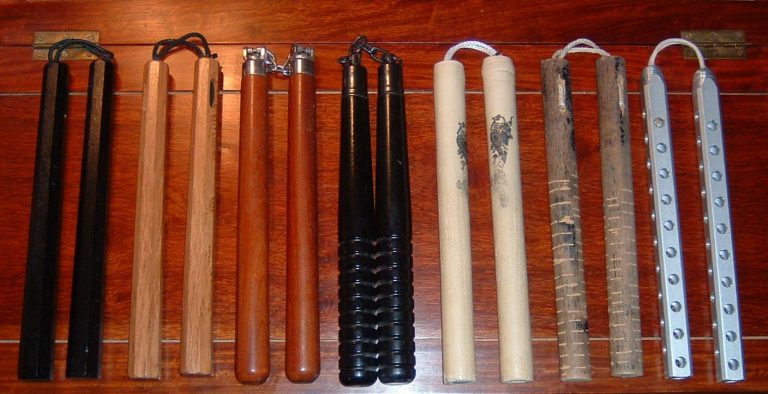 New York has always been a weird place when banning certain things. For the years 1940 – 1976, pinball machines were illegal and considered gambling with mayor Fiorello La Guardia was responsible for the ban, believing that it robbed school children of their hard earned nickels and dimes. La Guardia spearheaded major raids throughout the city, collecting thousands of machines. Yesterday, news broke that the Federal Court ruled that the New York ban on nunchaku’s (mispronounced as nunchucks by Americans) had been lifted after a long fight by James Maloney who had been charged back in 2000 with having a pair in his home and filed a complaint back in 2003 with the Supreme Court.

“The ban stared in 1974 with he rise of Martial Arts movies and the rise of Bruce Lee and was put in place out of a concern that, as a result of the rising popularity of “Kung Fu” movies and shows, various circles of the state’s youth — including ‘muggers and street gangs’ — were ‘widely’ using nunchaku to cause ‘many serious injuries.”

Maloney is a professor at the State University of New York’s Maritime College who made a very valid point about “how could a state simply ban any and all possession of a weapon that had a long and proud history as a martial arts weapon, with recreational, therapeutic and self-defense utility.” Maloney also wanted to teach a form of martial art using nunchucks that he created to his sons, the ruling said.