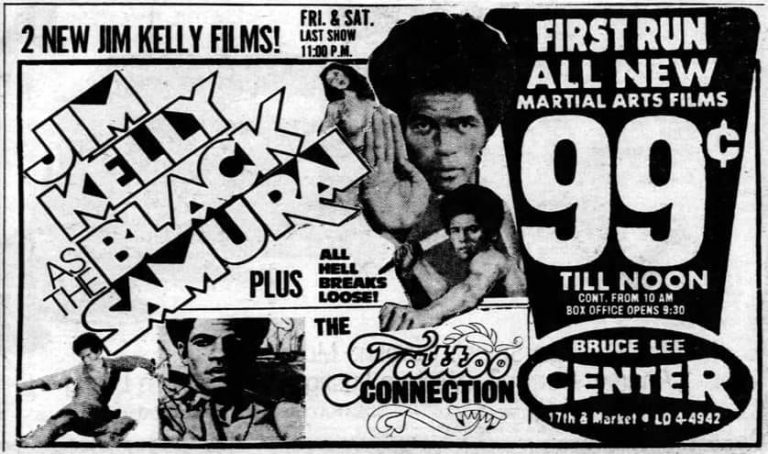 We love when a piece of history gets rediscovered or in this case, discovered for us here at Nostalgia King especially when it’s from our city of Philadelphia and what we’re definitely interested in. Yesterday a good friend and collector of cool things posted an old movie theater ad of what was once called Center Theater but had changed it’s name to the Bruce Lee Center to capitalize on the hype of Kung Fu films.  Prior to this ad, I had never heard anything about this theater and asked around to a few friends who were frequenting the theaters during that time if they knew anything about it. The ad is from February 13, 1981 which was just about the time that they started showing Kung Fu films on the big screen again as double and triple features which explains why the two movies “Black Samurai” (1977) and “The Tattoo Connection” (1978) were showing several years after their initial runs.

Notice the .99 cents before 12 noon showings which definitely would’ve made the appeal even stronger not to miss a single showing of any Kung Fu film. Hopefully at some point we’ll catch a photo somewhere of the theater and marquee or a list of films that showed there during it’s time open. 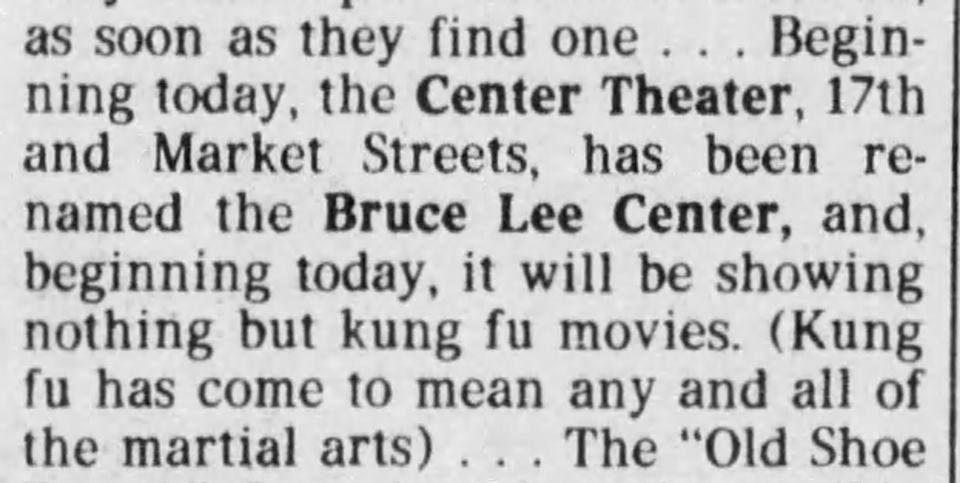 *Thanks to Skylar and Missy for bringing this ad to my attention and to Temple of Schlock for being the theater and film historians and digging up this gem.