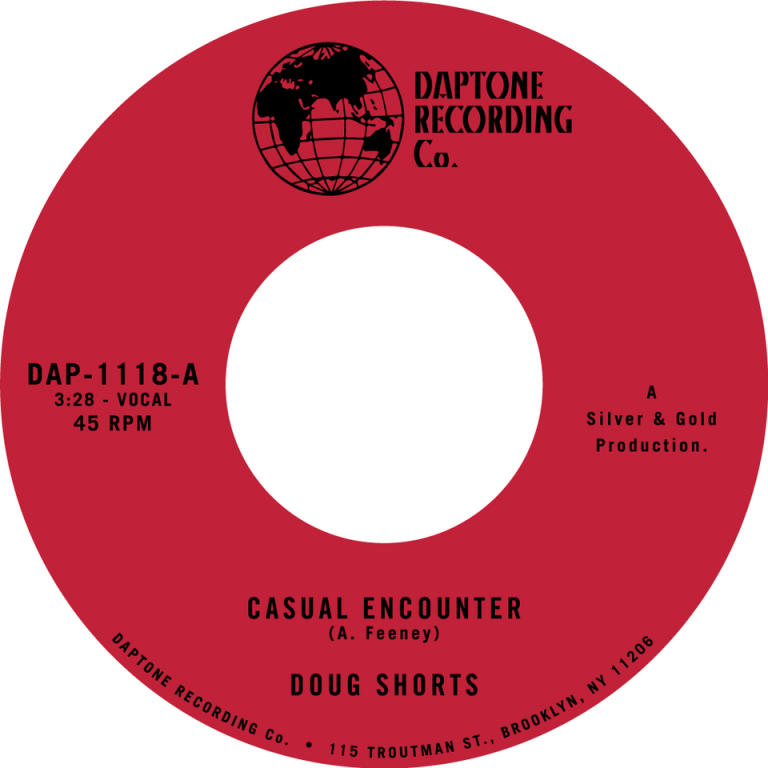 Slowing down for the holiday season and New Year’s usually means playing catch up once it’s all done and covering things that’s dropped over the last few weeks like this gem from Doug Shorts on Daptone Records which has been making all kinds of waves within the scene. Hailing from Chicago, Mr. Master Plan Inc, Doug Shorts boards the Daptone train of an already impressive lineup and roster to release his debut single for the label.

“After cutting a series of now classic sides with Cherries Records, Doug came to NYC to work on some new recordings with the crack Production Team Silver and Gold: Frank Dukes (Kendrick Lamar, BadBadNotGood) & Homer “Boom Boom” Steinweiss (Sharon Jones & the Dap-Kings, Menahan Street Band). Side A: “Casual Encounter,” is a modern soul mover with an insistent beat, accompanied by tasteful drum machine fills and hook-laden synth lines – the tune makes you feel as though you’re on the way to the beach in your folks 1982 Buick Riveria convertible. On the flip is “Keep Your Head Up,” a mid-tempo ballad whose bounce and melody lands somewhere between a Rick James production and Frankie Beverly’s Maze, is a surefire spark to get the one you love out on the dance floor. It’s simply 100% PURE CLASS.”