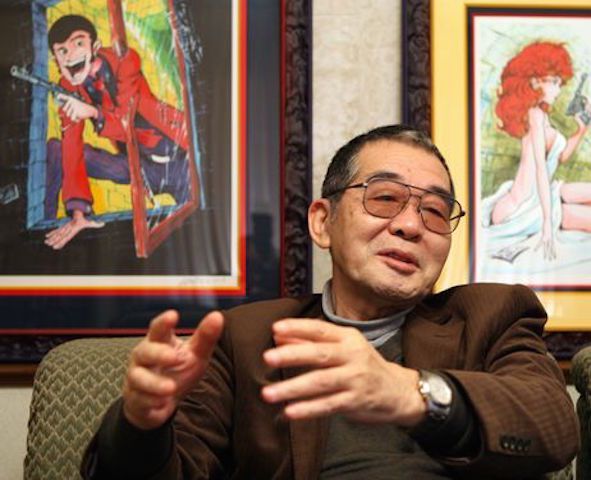 Nostalgia King remembers legendary Manga artist Kazuhiko Katō, best known for his series creation Lupin III which happens to be one of my favorites. While in Japan this time last year, I got to witness the love and appreciation for Lupin III festival for the anniversary at Isetan which was amazing to say the least (https://nostalgiaking.com/2018/07/23/lupin-iii-festival-at-isetan/). But it is extremely sad to be here this year during his passing but yet still feeling the love in the air from his fans and supporters around Tokyo. To the world, Kazuhiko Katō was referred to as Monkey Punch and created the Lupin character which made it’s debut in 1967 on the pages of Weekly Manga Action.

Katō began drawing at a very young age, but did not draw manga until junior high school, when his manga strips were used in the school newspaper. After graduating, he moved to Tokyo to look for work and began going to a technical school for electronics, continuing to draw for fun. While working in a dōjinshi group with other artists, he was recruited by Futabasha and drew yonkoma.

Katō first started to work as a professional manga artist, under the pen name Kazuhiko Katō (加東一彦 Katō Kazuhiko, pronounced the same as his real name, but written with different characters). In 1965, he made his debut with Playboy School, writing under the name of Eiji Gamuta (がむた永二 Gamuta Eiji). The editor of the magazine that “discovered him” then suggested the pen name Monkey Punch.[6] Katō claims that he did not like the name, but agreed because it was his boss’ idea and his next series was only supposed to be a three-month project. When the series, Lupin III, became popular, he was stuck with the name.

In April 2005 he became the professor of Manga Animation at Otemae University, in their Faculty of Media and Arts, and was a visiting professor at Tokyo University of Technology in May 2010.