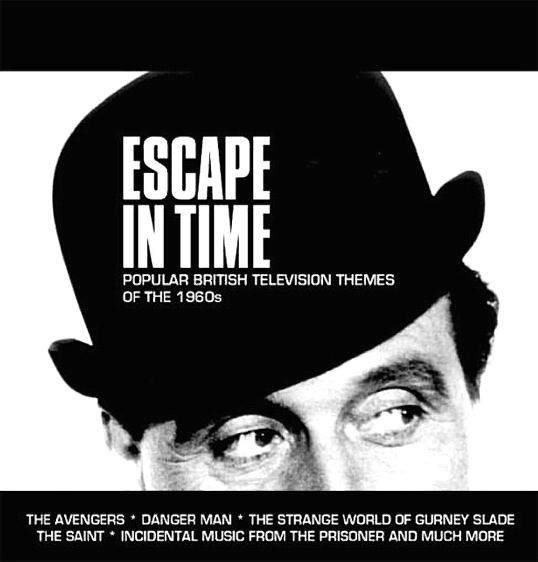 Escape in Time – Popular British Television Themes of The 60s

Although here in the states and outside of Jazz, CD’s are pretty much a not cared for type of media but in other parts of the globe, they flourish in genres across the board and still remain to be highly collectible. One of the recently released CD’s that we wouldn’t mind giving a listen to at home or while road tripping is “Escape in Time – Popular British Television Themes of The 60s”. Featuring a collection of famous British TV themes from the 60s – as this set offers up some great rare nuggets, unusual versions, and some obscure tracks that are all pretty darn fresh to our American years!

“As you well know if you’re a fan of anything pop culture from this generation, British TV was way hipper than most of the American small screen in the 60s – from the stories, to the settings, to the wonderfully cool themes and backing music that supported the show – often a cool hybrid of postwar Soho jazz modes and lots of the best soundtrack/sound library styles that were evolving in the hands of an elite few on the London scene.” – Dusty Groove

We’ve always been fans to the UK scene and their television and movie scores and soundtracks so this will fit right on time for essential summer listening.