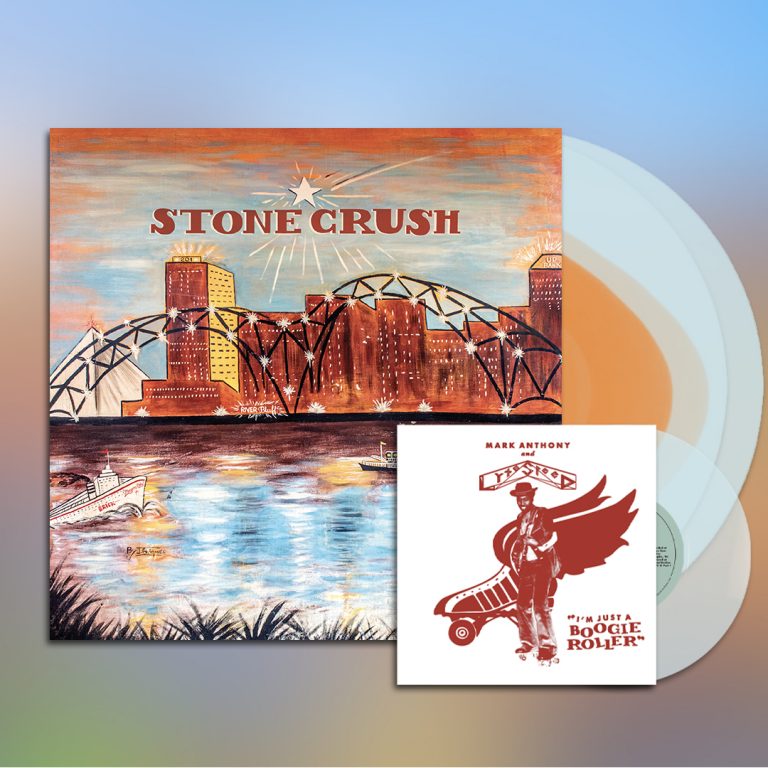 With the world wide pandemic still in effect and shop doors being closed, it’s a challenge to curb to the urge to want to go out and dig for records or at least chat with shop owners to discover what’s new. Being that we are dealing with these closures that we are obviously not accustomed to, you would start to get the feel that at some point, new release music would come to a slow standstill which doesn’t seem to be the case thus far. Although I haven’t had to step out of the house minus the occasional walk to the park with the dogs, my record fix still seems to be getting satisfied with labels keeping my ears in tuned with great sounds from across the globe arriving in the post a few times a week.

Yesterday’s arrival landing via Memphis is a hefty one and one that’s opened my ears to a region and sound of local Modern Soul gems that I had been unfamiliar with up until now. Stone Crush: Memphis Modern Soul 1977-1987 is a beautiful collection of impossibly rare Memphis funk/boogie singles collected on vinyl for the first time ever. Packaged nicely in a gatefold jacket with a 24 page full color booklet filled with unseen archive photos/ephemera and liner notes by Memphis curator/writer Andria Lisle and Grammy Award-winning writer Robert Gordon. This is the complete package if we’ve ever seen one and surely the definitive anthology Memphis’ Modern Soul scene. To make things even sweater, the LP is packaged with an exclusive 7″ of “I’m Just a Boogie Roller” by Mark Anthony and Lyte Speed.

“Stone Crush is the definitive overview of Memphis’ modern soul scene of the post-Stax years. It’s a collection of funky tracks of hope—from dentist O.T. Sykes, who traded dental work for studio time, to the ad-man who moonlighted as the visionary mastermind behind Captain Fantastic & Starfleet, few of them ever had anything to do with a hit, but across the board, each believed. Like Cato Walker, whose father’s gig as B.B. King’s driver got him an in, and The Bar-Kays’ former costume maker Libra, some had tangential connections to the city’s deep-rooted music scene that gave them a head start on their hopeful path to fame. Over a decade in the making, Stone Crush is an expertly curated compilation of these home-grown slices of Memphis stylings, from roller skate boogie to private press soul to bedroom funk—rare sides whose original copies are considered holy grails by DJs and collectors all over. This collection does more than transport us to a time gone by. It helps us hear what couldn’t be heard then.”