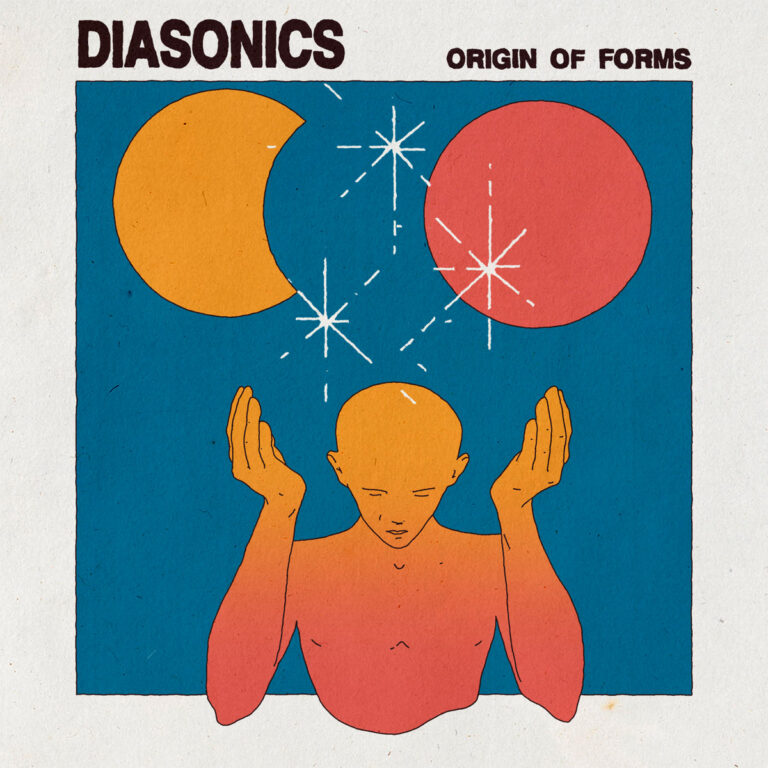 The Diasonics – Origin of Forms

When we first caught win of The Diasonics back in 2020 via a handful of 7″ singles on Detroit’s Funk Night Records, we knew that there would be some amazing music coming from them in the future, but we didn’t realize just how amazing it would be. Setting up for their first studio album dropping in 2022, Origin of Forms is a psychedelic adventure into varying territories and soundscapes that guarantees to be a heavy listen and favorite of the upcoming year.

Welcome to “hussar funk”, that’s how The Diasonics call their music: a style that blends infectious deep funk instrumentals, East European flavours, hip-hop rhythms and psychedelia. Firmly rooted in the late 60s and early 70s, their debut album “Origin of Forms” was recorded on an 8-channel Japanese tape recorder Otari MX-5050 MK III at The Diasonics HQ’s Magnetone Studio in Moscow and was mixed by Henry Jenkins (The Cactus Channel / Karate Boogaloo) in Melbourne. All the band’s influences are well reflected in the heavy cinematic sound of the 12 tracks of their debut LP. From the Eastern funk atmosphere of tracks such as “Almandine” and “Salmanazar” to the trip-hoppish solid groove of “Spiders” and “Andromeda”; from the 70s heavy cinematic moods of “Origin” and “Affair”, to instrumental soul gems such as “Kayana” and “Balance”, “Origin of Forms” has the power to hypnotize you, captivating you from start to finish. Built on dope funk (in the truest sense), supplemented by raw soul and deep wicked Eastern grooves, the 40+ minutes of “Origin Of Forms” can either plunge the listener into a comfortable melancholy, or cause themunstoppabledance impulses.

The Diasonics are one of the latest additions to the Russian instrumental funk scene. The band was only formed in 2019 and it’s made of five young and seriously talented Muscovite musicians: Anton Moskvin (drums), Maxim Brusov (bass guitar), Anton Katyrin (percussions), Daniil Lutsenko (electric guitar) and Kamil Gzizov (keyboards). In just a couple of years the band has amassed a cult following, releasing a shower of ten celebrated singles and various in-demand 45 vinyl records on funk labels such as Funk Night Records and Mocambo Records.