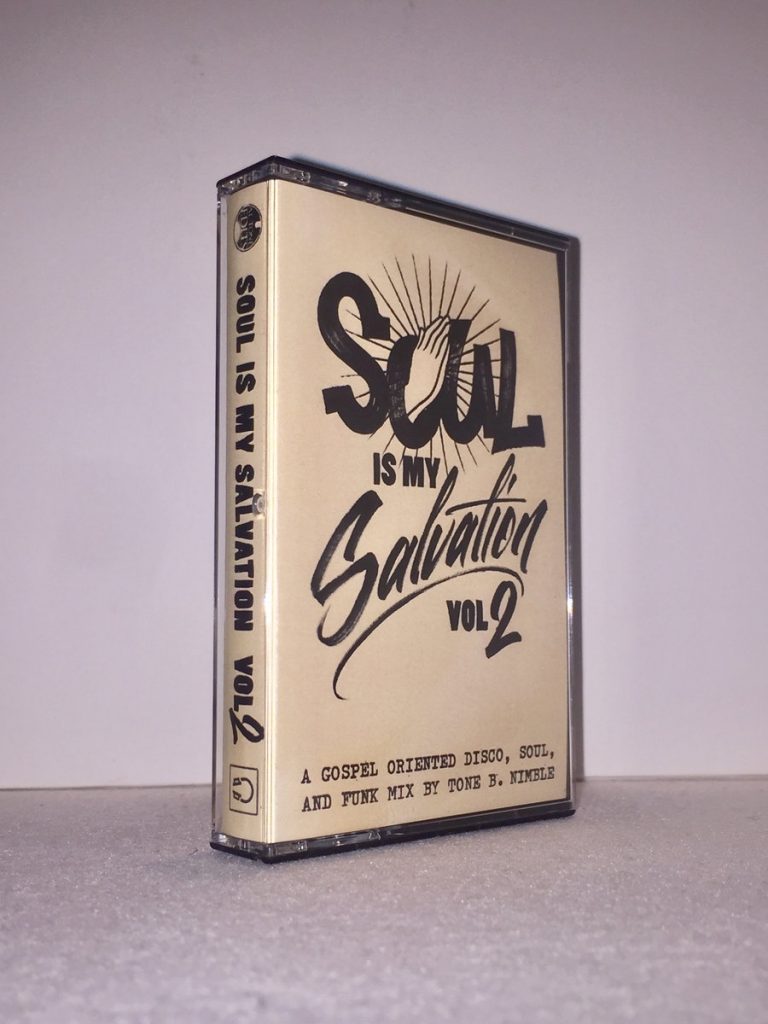 Tone B. Nimble – Soul Is My Salvation Vol. 2

When it comes to DJ’s who properly execute playing gospel selections to a dance floor audience, very few names come to mind. But finding one that can take those same gospel sounds that have made their way into funk, soul and disco and seamlessly blend them together to make you say hallelujah, is even more rare.  One name that stands out from the rest should be no stranger to anyone has been following Nostalgia King is Chicago’s Tone B. Nimble. Recognized by those in the know, Tone B. Nimble is  amazing DJ who has a unique ear for hearing things in a certain way that’s unlike anyone else is set to release his latest project, “Soul Is My Salvation” Vol. 2 on cassette via Record Breakin Music which will surely catch your attention.

Consisting of two 45 minute programs; side A focuses on midtempo modern soul grooves, while side B is more upbeat and consists of soul, funk, disco, and even house grooves. For the purest out there, Tone records this mix in one take; using all vinyl on a rotary mixer….Amen.

“Anthony Fields, aka Tone B. Nimble, has been a vital entity, on the music scene, for over 30 years. His calling started in the mid-1980’s as a DJ spinning House, Disco, and Electro in Chicago’s flourishing underground scene. With an open mind and ear, Tone branched out into hip-hop early in his career. Tone’s musical journey includes: Mixshow DJ (106 Jamz), several DJ residencies (Slick’s, Sinibar, Liquid Kitty and Danny’s), Music Buyer (Beat Parlor), National Recording Artist (TND/ Wild Pitch Records), and Label Owner/Recording Artist (All Natural). Though his career path has been wide-ranging, Tone’s primary focus is uncovering new sounds that inspire, uplift, and captivate listeners. As times and audiences have evolved Tone has chosen to give special attention to his first love; collecting soul-filled Disco records.”

Soul Is My Salvation Vol.2 is limited to 200 copies and available for pre-order via https://recordbreakin.bandcamp.com/merch for a July 14th 2017 release.