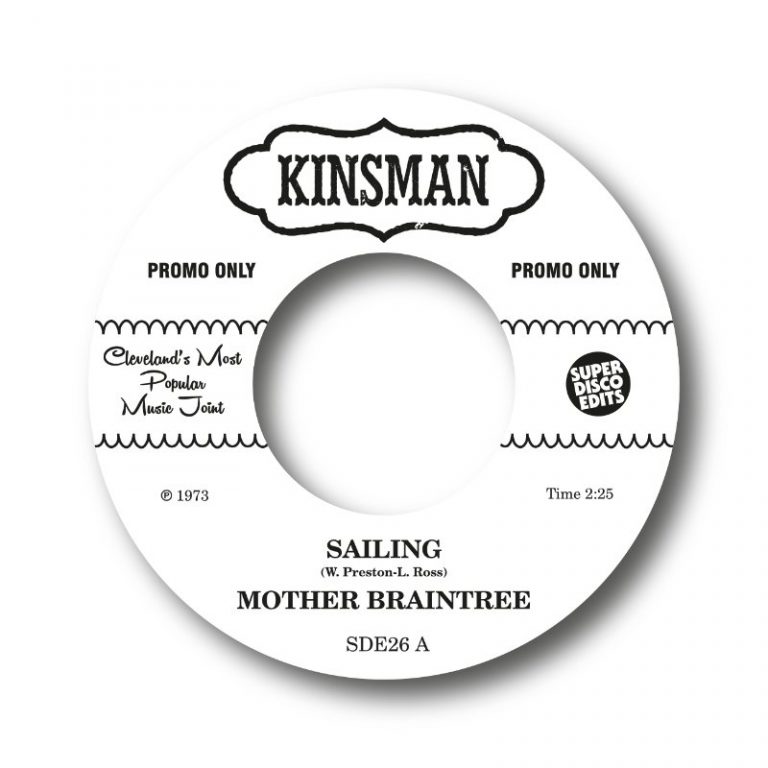 I can’t help but to crack a smile every time that I get a note from DJ Sigher letting me know about an upcoming release from his Super Disco Edits label and why shouldn’t I!? For quite some time now he’s been releasing some of the finest previously unreleased material that have been heating up dance floors across the globe while pulling in serious money on the secondary market and his latest release from Mother Braintree will most likely do the same with this double sider of “Sailing” b/w “Let Me Stay Beside You”.

“Cleveland Ohio was a hot spot for soul music in the very early 1970’s. One group who found themselves mixing the melting pot of musical styles were Mother Braintree. They seemed to be mixing sounds from Funkadelic, Sly and the family stone, and Hendrix. Whilst still keeping it soulful. They chose their band name whilst on the road touring they travelled through the town of Braintree. Joining them in the van was one of the members mother, who was also their manager! And so Mother Braintree was formed. Members included Wayne Preston, Larry Ross and Pierre demudd. Who some of would be included in groups like Bell Telephunk, and Kinsman Dazz. Now on to the music. Mother Braintree found themselves recording a studio session in Cleveland’s Selma studios. They recorded around six songs circa 1973. “Sailing” is a short but sweet almost spiritual in feel jazzy number, that’s just been played on Gilles Petersons Worldwide show on BBC6 music. “Let me lay beside you” has turned heads of the sweet soul firm rolla collectors scene, and the beat diggers as well…Heavy on flutes with a lovely drum break. We really are excited about this release”.