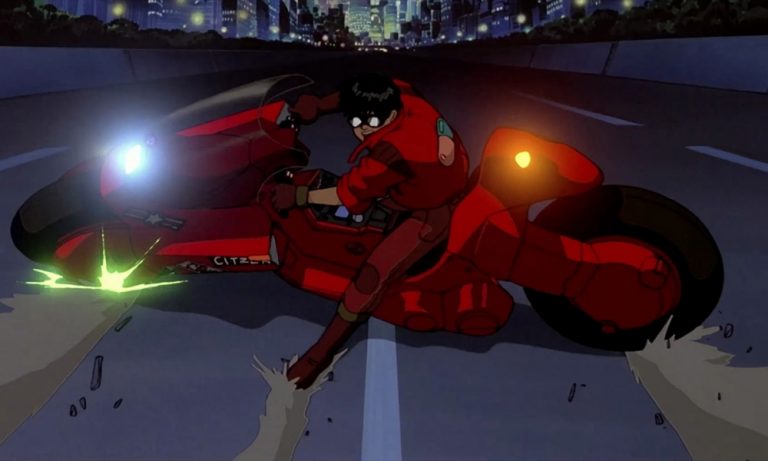 Every once in a while I go through these patterns where I dive into something weather music are film related and for a few days, it’s all about that.  This past weekend I got the sudden urge to go through a couple of boxes of VHS tapes filled with anime that I had been stored away for a while and got into a serious marathon. Plenty of movies and TV shows that were either factory pre-records or things that I caught back in the 90s on cable and TOONAMI. First up on the viewing the Neo Tokyo classic, Akira which I had seen plenty of times and most recently while in Japan on the big screen in celebration of the 25th anniversary. I still remember driving around on a Saturday afternoon with my OG, DJ Groove Da Moast doing our usual record and comic shopping and seeing the release of the Manga video brand new in store and instantly jumping on it.  Watching it for the first time we were definitely blown away and it still has that same impact today.

“This 1988 Japanese science fiction anime film directed by Katsuhiro Otomo, produced by Ryōhei Suzuki and Shunzō Katō and written by Otomo and Izo Hashimoto, based on Otomo’s manga of the same name.

Set in a dystopian, cyberpunk-themed Tokyo in 2019, Akira tells the story of Shotaro Kaneda, a leader of a local biker gang who must stop his friend Tetsuo Shima from using his newly awakened superpowers to release the titular esper. While most of the character designs and settings were adapted from the manga, the plot differs considerably and prunes much of the last half of Akira.

The film has garnered a large cult following since its theatrical release, and is widely considered to be a landmark in Japanese animation. It is considered by many critics to be one of the greatest animated and science fiction movies of all time.”