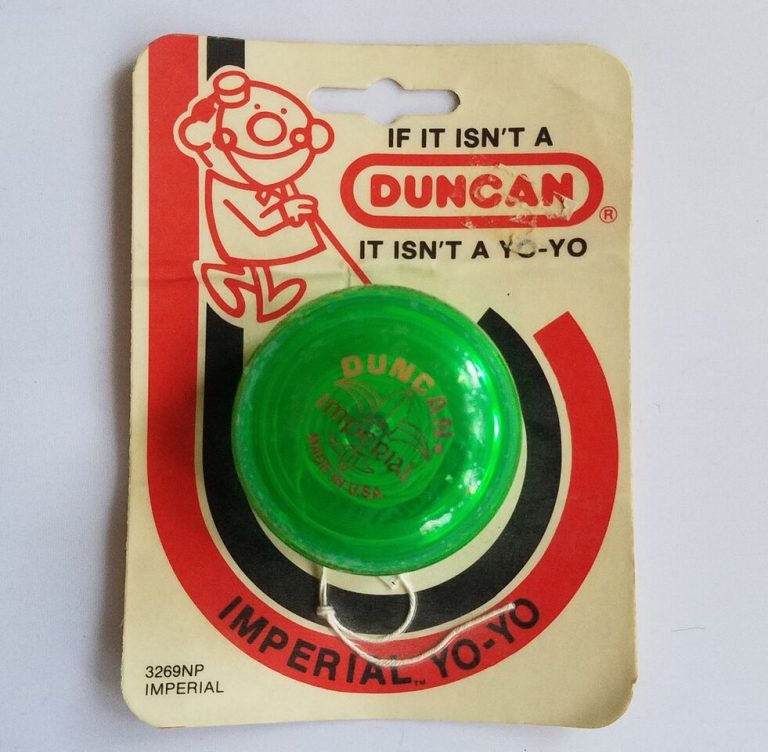 Nostalgic Throwback – Duncan Yo Yo Imperial

While out and about yesterday I got into a conversation with a few people about the latest trends going on and the one that seems to spreading like wild fire are Fidget Spinners. I’ve seen both kids and adults in passing playing with them and although it looks semi cool, I didn’t find it that interesting.  With a little research, the one thing that I did find cool was that people actually collect various types of Fidget Spinners in all different colors and designs but overall, it was still a bit childish for Pokemon’ish for me and after using one, I felt that it really took no skill what so ever. 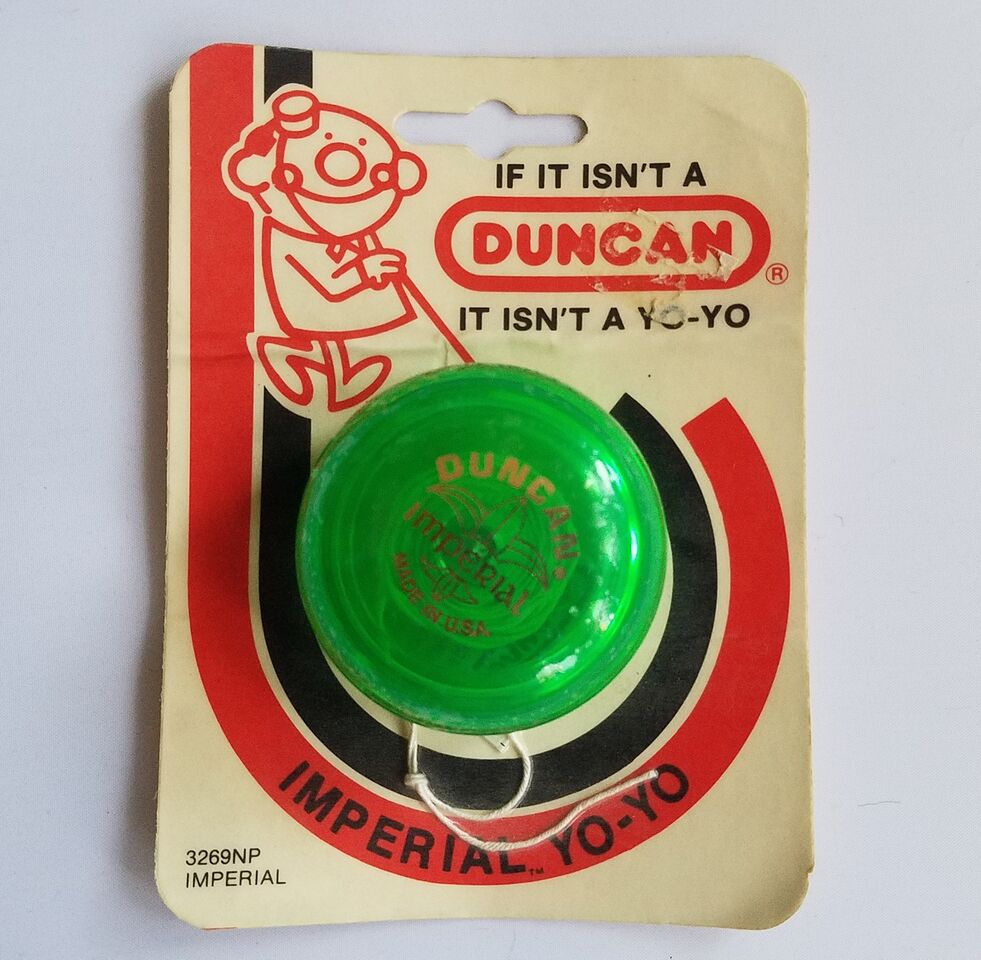 Because of this new found trend, I had to dig into the Skeme Richards Archives to revisit a classic time passing goodie that both children and adults alike spent plenty of hours trying to master and something that actually took skills, the Yo Yo and in particular, the Duncan Yo Yo which had various styles like The Imperial, Butterfly and others.

“Throughout the 1930s, 40s, and 50s, Duncan promoted yo-yos with innovative programs of demonstrations and contests. All of the classic tricks were developed during this period, as legendary players toured the country teaching kids and carving thousands of yo-yos with pictures of palm trees and birds. During the 1950s, Duncan introduced the first plastic yo-yos and the Butterfly yo-yo, which is much easier to land on the string for complex tricks. Duncan also began marketing spin tops during this period.”

Yo Yo contests across America were a major thing, with contestants mastering tricks like “rock the cradle”, “around the world” and “walk the dog”, but even if you couldn’t master these difficult tricks, just knowing how to do the basics was just as much fun. In 2017, the Yo Yo competition scene is still major, with events taking place in almost every country across the globe which shows just how timeless this little circular device with string really is.