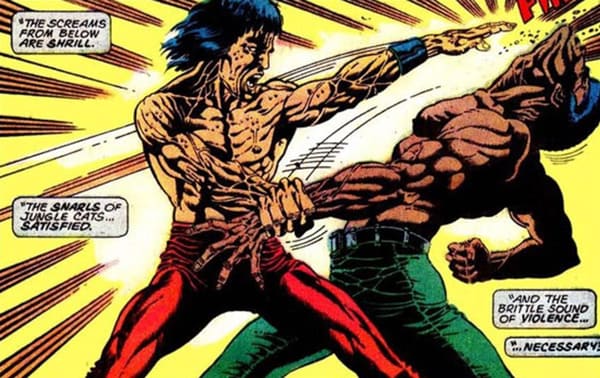 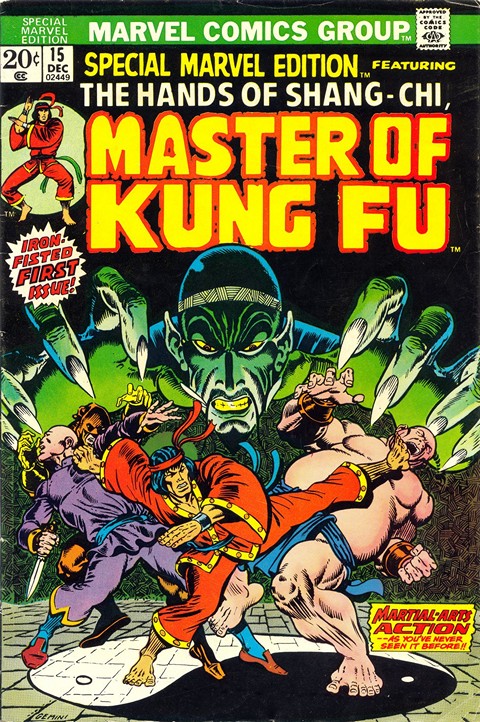 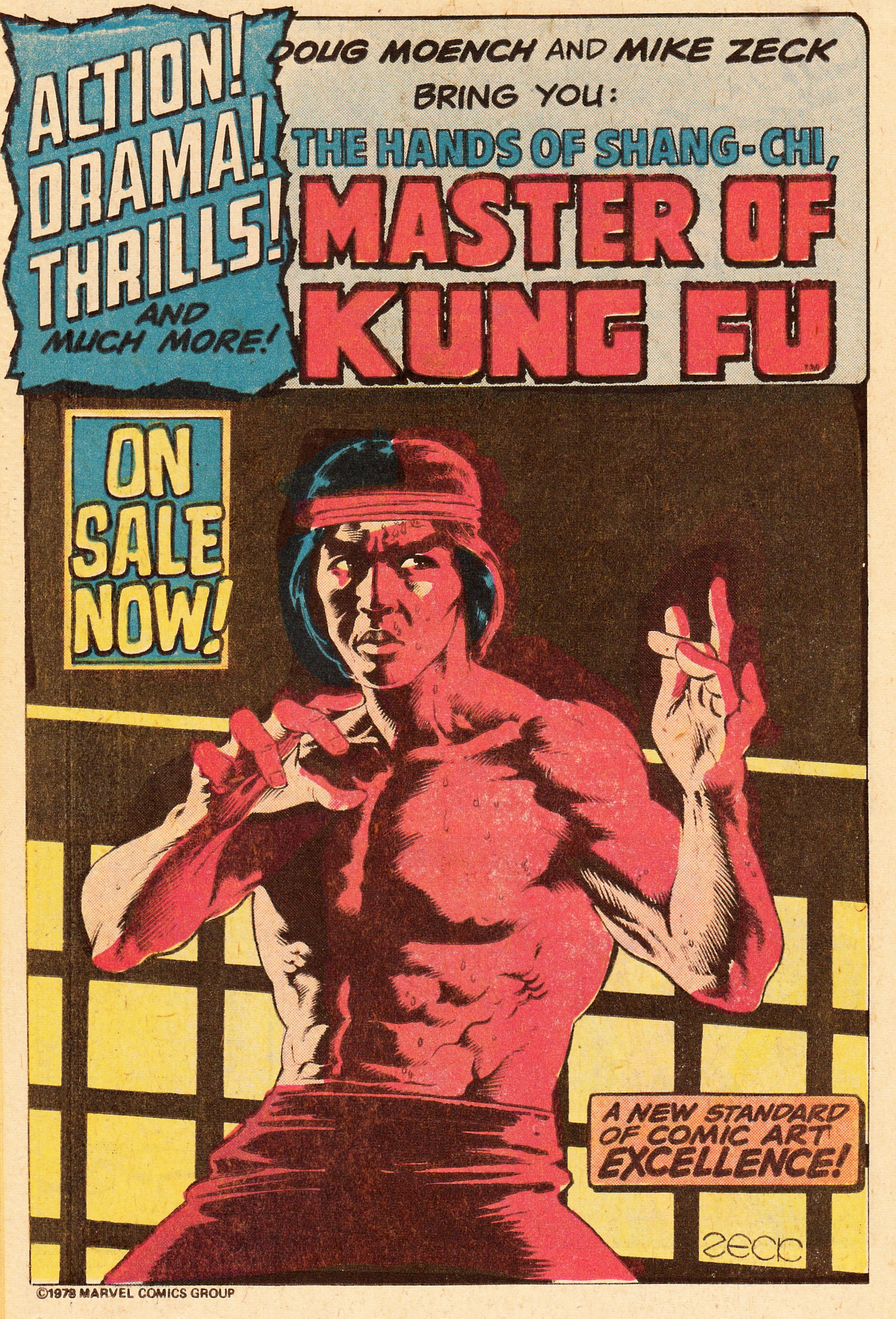 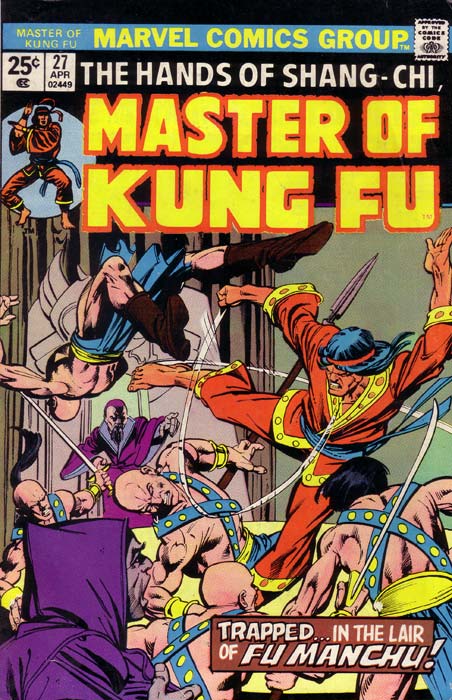 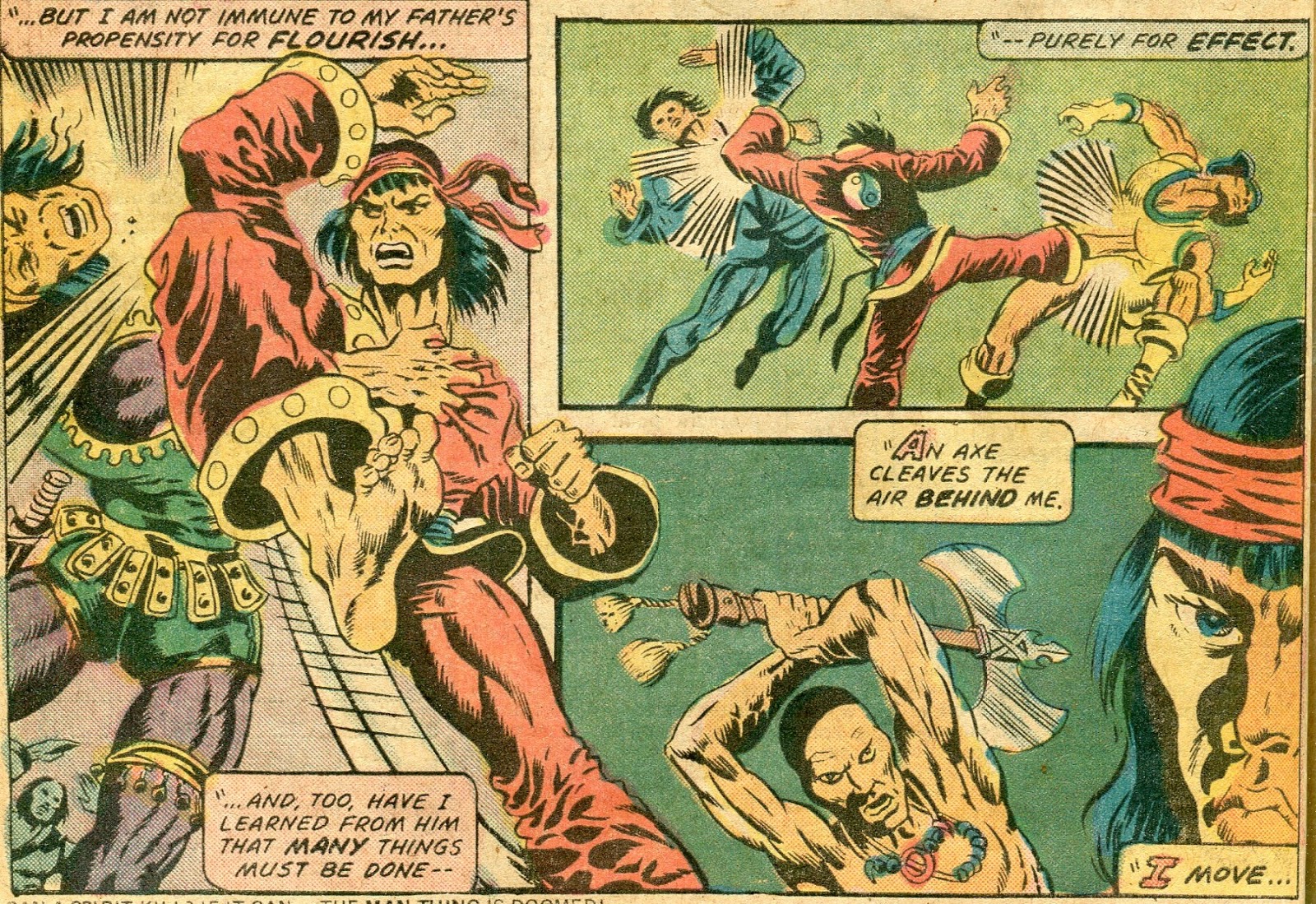 I have to admit that as much of a comic book reader and fan that I’ve always been and how much I’ve dug the new Netflix series based on Luke Cage, Jessica Jones, Daredevil and The Defenders, I still have not watched Iron Fist.  Why you ask? Well for one, much of the reviews (both positive and negative) have me wanting to visit it at a time when my opinions can’t be swayed and my thoughts are fresh.  I’ve always loved Iron Fist in the comics and I don’t think that his on screen character that he’s gotten a bad rap on reflects what’s been printed on the pages of Marvel Comics which most of the critiques probably have never read in the first place.

But being a lover of all things Kung Fu and comics, I thought it necessary to dip into another expert in the Martial Arts who like Iron Fist only a few short months ago was basically unknown outside of the comic book world.  That character is Shang Chi – Master of Kung Fu and his issues were definitely some of my favorite to read during the 70s and 80s.

The character was conceived in late 1972. Marvel had wished to acquire the rights to adapt the Kung Fu television program, but were denied permission by the show’s owner, Time Warner, owner of DC Comics. Marvel acquired the comic book rights to Sax Rohmer’s pulp villain Dr. Fu Manchu instead. They developed Shang-Chi, a master of kung fu, who was introduced as a previously unknown son of Fu Manchu. Though an original character himself, many of Shang-Chi’s supporting characters (most notably Fu Manchu and Sir Denis Nayland Smith) were Rohmer creations. No characters from the Kung Fu television series carried over into the comic series, though the character Lu Sung, in an early issue, bears a strong resemblance to Kwai Chang Caine with the addition of a moustache.

Shang-Chi first appeared in Special Marvel Edition #15 (December 1973) by Steve Englehart and Jim Starlin. Special Marvel Edition #1–14 were reprints of older Marvel superhero stories. Shang-Chi appeared again in issue #16, and with issue #17 (April 1974) the title was changed to The Hands of Shang-Chi: Master of Kung Fu. Amidst the martial arts craze in the United States in the 1970s, the book became very popular, surviving until issue #125 (June 1983), a run including four giant-size issues and an annual. He co-starred with Spider-Man in Giant-Size Spider-Man #2 and Marvel Team-Up #84 and 85. Shang-Chi teamed up with the Thing in Marvel Two-in-One #29. Special Collector’s Edition #1 (1975) cover titled as “Savage Fists of Kung Fu” reprinted stories from Deadly Hands of Kung-Fu #1-2; Deadly Hands of Kung-Fu Special #1; and Special Marvel Edition #15. He did several crossovers with other Marvel martial artists, including White Tiger, Iron Fist, and Daughters of the Dragon (Colleen Wing and Misty Knight). He appeared regularly in Deadly Hands of Kung Fu.