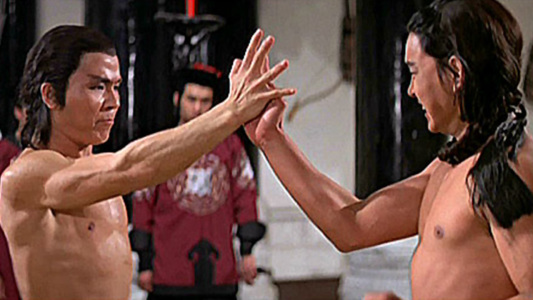 One of the highlights of Saturday afternoons besides the obvious of running the streets, riding your BMX or going to the arcade was catching the afternoon drive-in movie features on UHF TV weather it be Creature Double Feature, Black Belt Theater or some other locally syndicated titled program.  World Northal was the major player in the game and had the distribution rights to the Shaw Brothers Kung Fu catalog as well as a selection of horror and other exploitation films.  Syndicated programs like this where you can sit an entire afternoon in front of the tube from 1981 to 1988 until it all came to a end and networks started having their own schedules which were basically generic as is today.

So in true nostalgia fashion, we sit back on this blistery cold day and take in a pair of flicks to pass the time and reminisce on the simpler times.