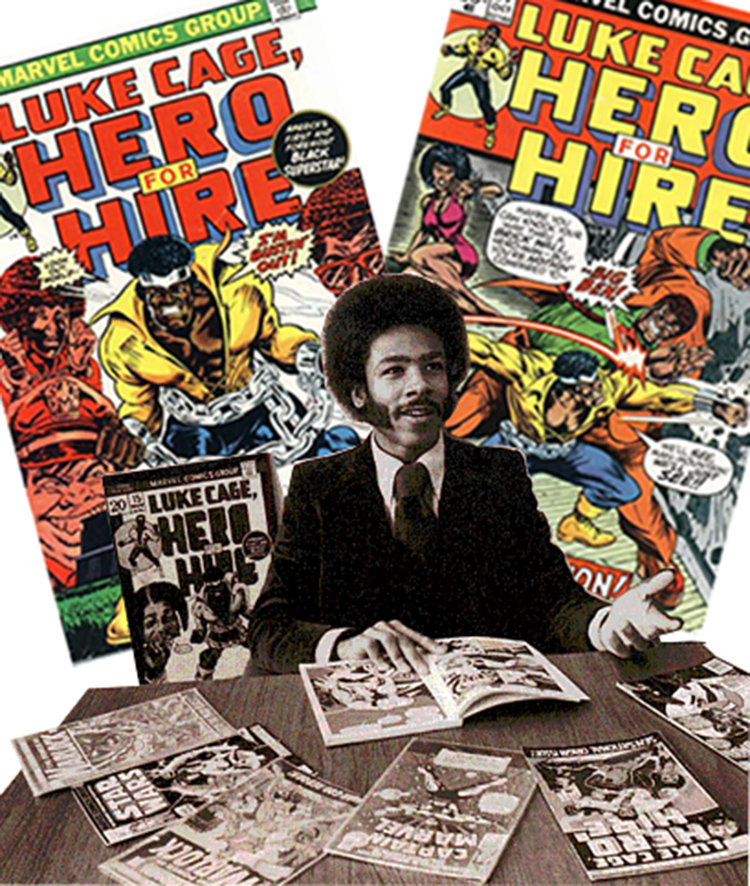 With there being a lot of buzz around the new Black Panther movie, I would hope that many would go back to find out about the origins of the character especially in comic book form where he made it’s debut and with one of the artists involved with splashing the pages of Marvel Comics with his imagery, Billy Graham. Best known for his work on the Marvel Comics series Luke Cage, Hero for Hire and the Jungle Action feature, “Black Panther”, Graham was graduate of New York City’s Music & Art High School, and drew artistic influences from the work of Al Williamson, Frank Frazetta, Burne Hogarth, and George Tuska. One of his earliest comics projects was illustrating writer Don Glut’s “Death Boat!” in Vampirella #1 (Sept. 1969), one of Warren Publishing’s influential black-and-white horror comics magazines. Graham would pencil and self-ink a story in nearly each of the first dozen issues of Vampirella, and an additional tale in issue #32 (April 1970) of its brethren publication Creepy.

Graham eventually left Warren and joined the creative team that launched Marvel’s Luke Cage, Hero for Hire, inking the premiere issue (June 1972) over pencilers John Romita Sr. and George Tuska.[7] He either inked or himself penciled every issue of the book’s 16–issue run under its original title, and the first as the retitled Luke Cage, Power Man (Feb. 1974). Graham collaborated with writer Don McGregor on the critically lauded “Black Panther” series that ran in Jungle Action #6–24 (Sept. 1973–Nov. 1976), becoming the series’ regular penciler with issue #11 (Sept. 1974).  Graham is widely considered as the definitive Panther artist.