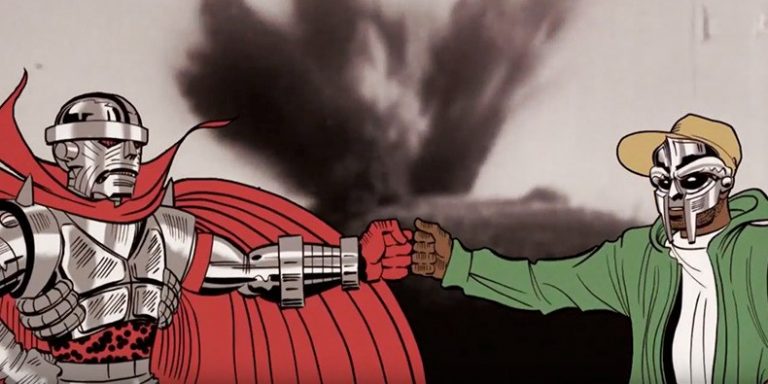 In the Nostalgia King world, comic books and Hip Hop has always gone hand in hand. Prior to me touching a pair of turntables for the first time in 1981, comic books were my daily enjoyment and even after getting my first set of decks, lunch money and allowance was equally split between the latest Disco 12″ with a break and the current issue of John Byrne and Chris Claremont’s The Uncanny X-Men.  Fast forward to 2018 and I still have a love for both so when there’s a new Czarface project in the works then it’s all ears perked and ready to tune in.  The upcoming album from Czarface this time finds himself doing battle with another favorite villain, MF Doom in the perfectly titled “Czarface Meets Metal Face” LP.  They’ve just debuted their new video single “Bomb Thrown” which got a very “cut & paste” style video treatment that matches their aesthetic perfectly.