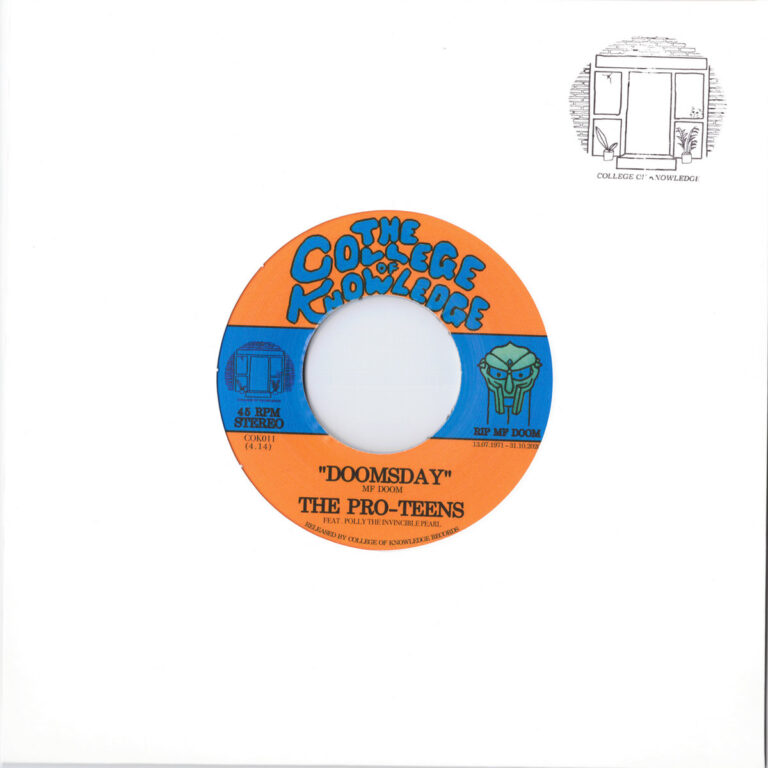 Curls is taken from MF DOOM’s timeless 2004 collaboration with Madlib, ‘Madvillainy’. Widely heralded as one of the greatest hip hop albums of all time, The Pro-Teens felt that it was crucial to pay homage to this shining gem in MF DOOM’s storied catalogue. In their version, the original Brazilian sample is reconstructed with marimba, two guitars, angular organ tones and The Pro-Teens trademark boom-bap drum feels. The track fades out on a completely original addition to the piece; The Pro-Teens insert an outro that sounds like it could be an outtake or unused sample from Madlib and DOOM’s originaleffort.

Bandleader Hudson Whitlock describes: ​​“As the sessions went on, the Pro-Teens traversed lots of ground with the arrangements and productions. This diversity of tones, moods, feels and arrangements was an intentional act to mirror the diversity within DOOM’s own diverse musical vocabulary. We wanted to fluctuate between putting their own spin on DOOM’s classic tunes as well as staying true to the original source.”