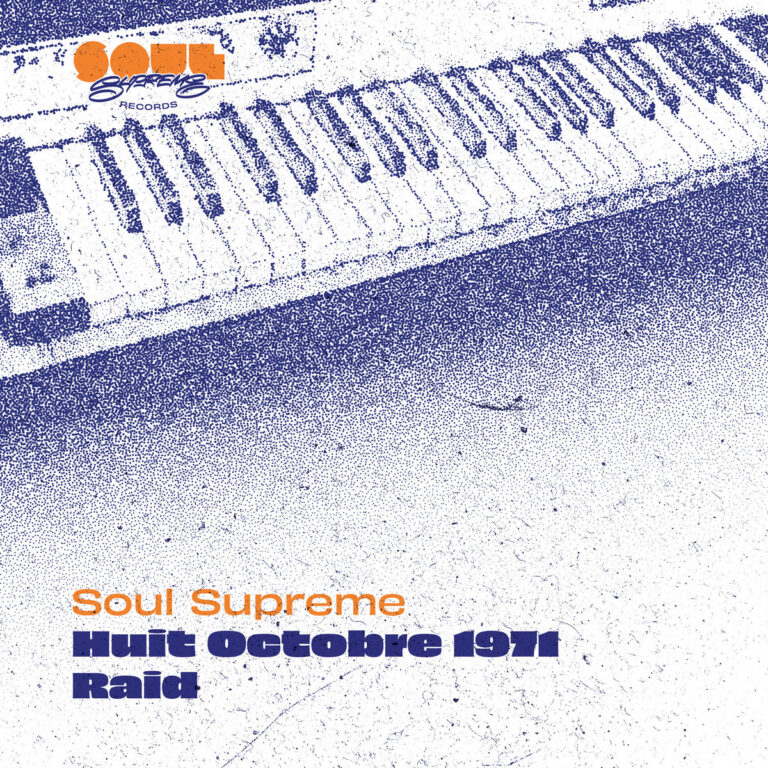 Over the last few years, we’ve been treated to more bands creating music and a few that have mastered their sounds to not only record new tunes but also revisit some amazing previously recorded selections and put a totally new spin on them while still staying true to the originals. One of my favorite producers who I continue to applaud is good friend, Soul Supreme who has been slowly creating a catalog of works with each release being an essential in any collection. His latest release is no different and comes with something of a backstory which serves as a timely release and tribute of sorts.

The ‘Raid’ b/w ‘Huit Octobre 1971’ 45 record we were about to discuss was in the making since mid-October. But the news of MF DOOM’s passing at the turn of 2020, made it a bittersweet release to talk about. There we were, instead of just geeking out over the Madlib production, DOOM’s buttery flow, or the sampling of Bill Evans, George Clinton, and “América Latina,” we had another thing to talk about: the last act of Daniel Dumile’s 23 years of metal-faced hip-hop magic.

For Dumile, the post-Zev Love X alter ego and metal mask were ways to put people’s focus on the music, not the person behind it. To counter a trend in hip-hop of—in his words during Red Bull Music Academy 2011—”what things look like as opposed to what they sound like.” Hip-hop’s metal-faced anti-hero, born right on time to “end the reign of the jiggy MC.”

In his own way, Soul Supreme also cuts the ego when it comes to making music. “I’m not a speak-artist, I’m a musician,” he says. “I love how MF DOOM had attitude and character. There’s real emotion in his work, including his choice of samples. But at the same time, he puts music completely on the forefront by hiding his own identity. That’s what the mask also represents to me. It’s a note to self to only care about the music.”

While talking about the ‘Nardis’ sample in the intro of Madvillain’s ‘Raid,’ a famous Bill Evans quote comes to mind for him. ‘It goes: ‘Ultimately, I came to the conclusion that all I must do is take care of the music. Even if I do it in a closet. And if I really do that, somebody’s going to come and open the door of the closet and say, ‘Hey, we’re looking for you.’’ That’s it. That’s Soul Supreme. Always putting keys over clout, and soul over ego. With MF DOOM’s mask still staring down on him, as present as ever.”