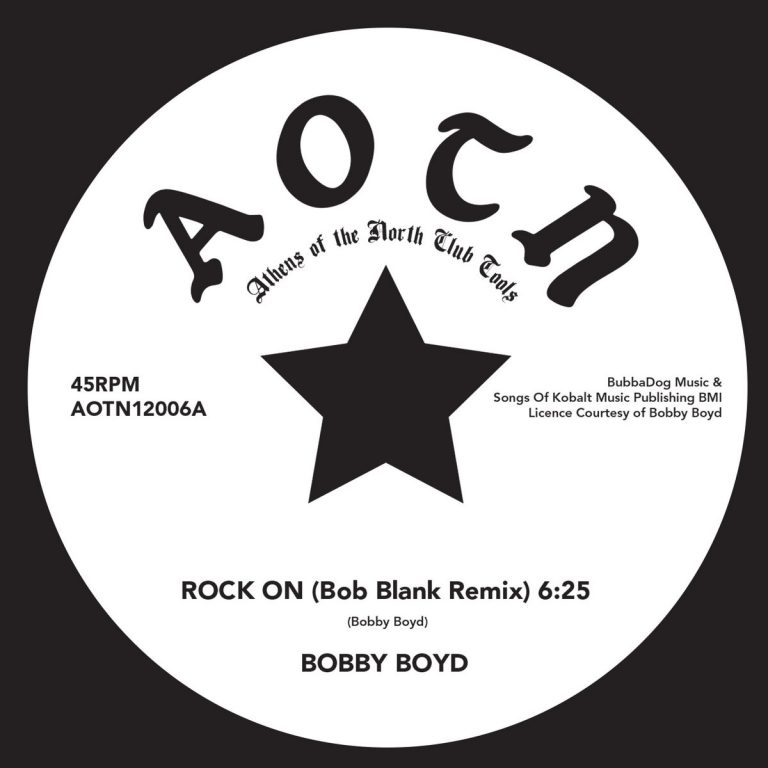 Athens of The North has been delivering some much need and beloved joints to the decks by the way of highly sought after reissues where original pressings are super scarce or way above the price range of most DJ and collectors bank accounts. From time to time they dip into the previously unreleased territory and deliver something that some DJ’s never knew they needed but now understand that they do.

Their latest drop and a previously unreleased nugget comes via funk and soul legend, Bobby Boyd, the founding member and lead singer of Bobby Boyd’s Congress – who metamorphosed into The Lafayette Afro Rock Band, after Bobby’s departure in 1971.

On the A-side, producer and engineer extraordinaire Bob Blank – who’s worked closely with the likes of Arthur Russell, Taana Gardner,Sun Ra, Larry Levan and Kid Creole – turns out a mix that hits the sweet spot between boogie and proto-house with a hint of Latin freestyle. Whilst the flip sees darting synths and swirling pads layered over a tight machine groove, as Bobby reminds us of the simply joy that dancing can bring.