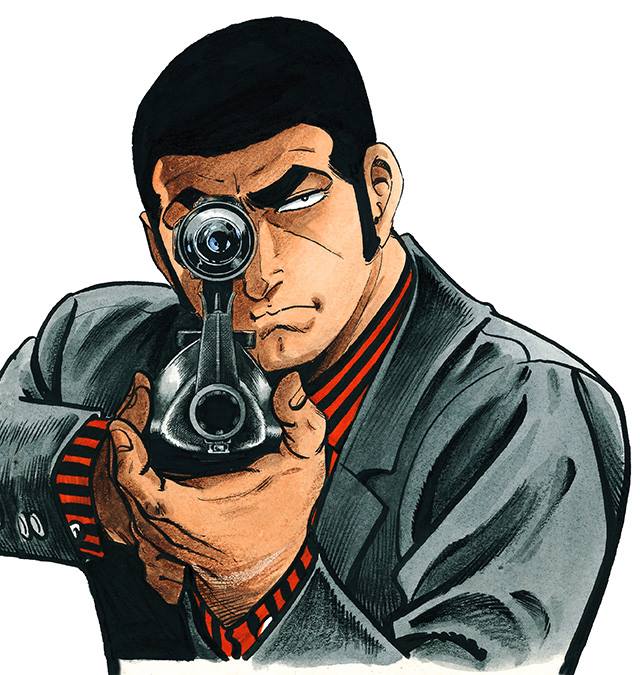 Revisiting the classic Anime film, Golgo 13 (as it’s known in Japan) aka The Professional (as it’s recognized here in the states) on this early Saturday morning. The film is an adaptation of the Golgo 13 manga series released on May 28, 1983 by Tokyo Movie Shinsha and is the first animated film to be based on the manga and the third film overall. The American VHS hit here in the states in 1994 but if you were a fan of the original and heavy into collecting manga or had a specialized shop in your area, then you no doubt had a copy of the Japanese version in your collection.

Professional contract killer Duke Togo—codenamed “Golgo 13″—is hired to assassinate Robert Dawson, the son of oil baron Leonard Dawson and the heir of Dawson Enterprises, and succeeds. Later, after accomplishing a hit on a powerful crime boss in Sicily, Golgo is suddenly attacked by the U.S. military and discovers that his informant, the clockmaker, has been killed by Snake, a genetically altered assassin. Aided by The Pentagon, the FBI, and the CIA, Dawson has become determined to kill Golgo and avenge his son’s death.