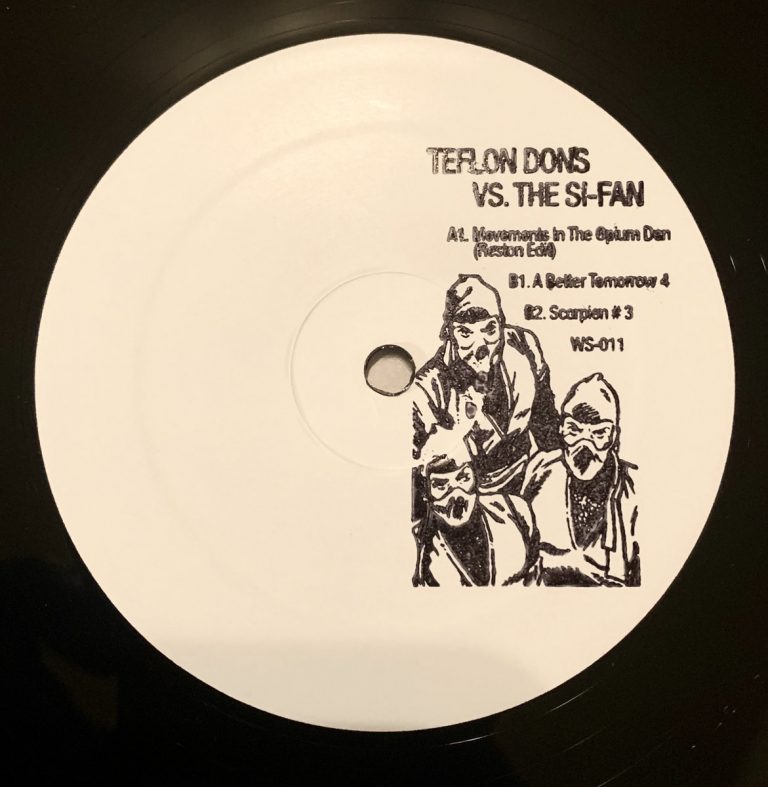 It’s not often that we get to cover House 12″ releases here at Nostalgia King but you can best believe that when it’s time to do so, Teflon Dons is always somewhere in the mix. Today is no different as The Dons have delivered a new release that would be perfect for tonights club set if we weren’t experiencing a pandemic. But none the less, a sure shot crate essential and one that you should have to problem playing while going live on your streaming service of choice and breaking to your dedicated followers and listeners.

Creeping through the shadows of garage music is a clan of Kung Fu warriors, trained to be undetectable even as their targets find themselves bleeding out, wondering how their end came so quickly. This clan is known as the Teflon Dons, renowned practitioners of the mysterious Worldship Music technique. The Teflon Dons emerge, strike, and then disappear until their services are required once again. Some believe the periods of silence mean the Dons have dispersed permanently and they can then do as they please…. they pay for this misperception with their lives.

The Dons’ most recent emergence was 2016’s deadly double blade attack on Must Have Records, which revealed some of their early teachings that were thought to have been lost. These teachings were originally known as The Heroic Bloodshed Scrolls. Today we are pleased to reveal three more of these previously hidden scrolls of the Teflon Dons Vs. The Si-Fan, to help form a more complete picture of their early years.

“Movements In The Opium Den (Reston Edit)” was part of a very limited 100 copies pressed assassination at WMC 1998, hinting at what might have been. The formula here was created from intense study of the sacred text: Marvel’s Shang Chi Master of Kung Fu.

The Dons pick up where John Woo and Chow Yun Fat left off with the musical sequel “A Better Tomorrow 4”. Double fisted gun blasts of deepness show that the Teflon Dons can adapt to any weaponry in their pursuit of killer grooves.

On “Scorpion #3” the Dons pay homage to the Shaw Brothers’ classic The Five Deadly Venoms, calling on James Duncan’s lethal horn skills to help slice and dice an ancient tome into something brand new and never before witnessed. Additional sharpness provided by the wicked mixing skills of sensei Gregski.

With the teachings of Teflon Dons Vs The Si-Fan now fully realized in wax, all sucker DJs are forced to recognize the indomitable style of the Worldship Music technique or be prepared to pay the ultimate price: their lives.