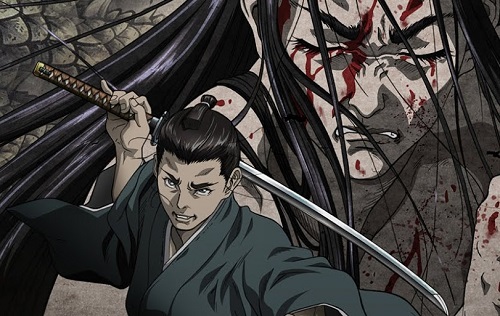 Way of The Samurai

It’s Wednesday so I thought I’d do a little something new here at Nostalgia King with a new feature called Way of The Samurai Wednesdays and feature some classic and favorite Samurai flicks from Anime to Live Action.  For the first installment we dip into a bit anime and preview a few of the best from my perspective.

Also known as Legendary Armor Samurai Troopers and aired across Japan on Nagoya Television from 30 April 1988 to 4 March 1989 and has a total of 39 episodes. The manga ran from November 17, 1988 to April 5, 1990 and consists of 2 volumes which were published by Kodansha. Here in the states, Ronin Warriors as it was retitled, first aired on American television during the summer of 1995 and subsequently appeared through syndication, as well as the USA Network and later on Cartoon Network.

Talpa, the demon lord of the Netherworld, is bent on conquering the mortal world. Standing against Talpa and his four Dark Warlords are the five Ronin Warriors, each in possession of mystical armor and weapons. They are assisted by Mia Koji, a young student-teacher, and a mysterious warrior-monk known only as The Ancient.

Is a Japanese manga series by Takayuki Yamaguchi, based on the first chapter of the novel Suruga-jō Gozen Jiai by Norio Nanjō. The series is noted for its realistic graphic violence and nudity as well as its abrupt ending. It was turned into an anime television adaptation based on the first 32 chapters and was licensed in here in the states by Funimation under the fully translated title Shigurui: Death Frenzy in 2009.

The story begins in 1629 Shizuoka during Tokugawa Tadanaga’s rule. The daimyo staged a tournament where the participants fought with real steel Japanese swords rather than bokken (“wooden sword”), against his vassals’ strong objection. The story revolves around the first match between the one-armed swordsman Fujiki Gennosuke and the blind samurai Irako Seigen and deals with the circumstances that led the two to participate in Tokugawa’s tournament.