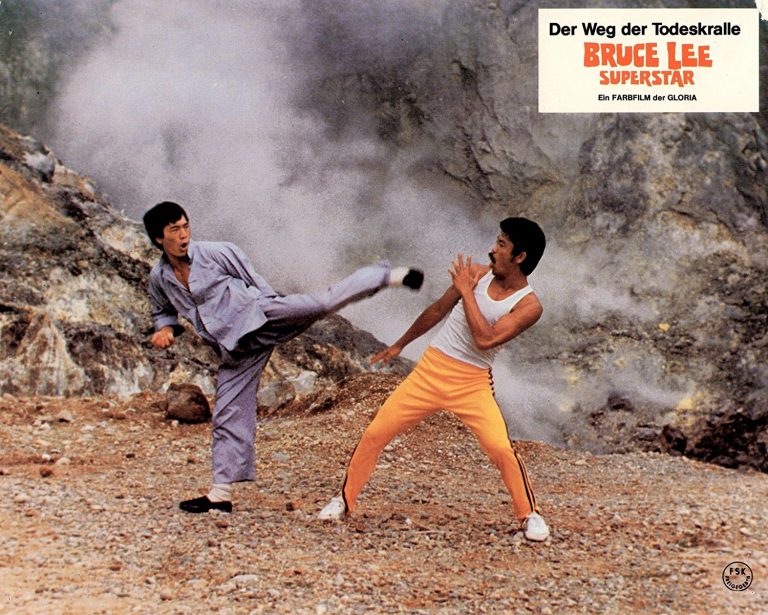 Yesterday I had the pleasure of hangin out for a few hours at the annual Exhumed Films Presents: eX-Fest Part VIII 12hr marathon taking in a few flicks.  Exhumed Films is known for hosting screening presenting Exploitation, Horror, Martial Arts, Sexploitation, Sci-Fi and other genres of films rarely shown and on 35mm to film lovers here in the Philadelphia and surrounding areas.  Most of these movies may have gotten a VHS release years back but never made it to DVD so being able to see many of these obscure titles on the big screen is a big treat.  One of the films mystery films that screen yesterday was Soul Brothers of Kung Fu starring Bruce Li, Carl Scott and a surprising cast of Shaw Brothers familiars including Lo Meng (Five Deadly Venoms) and Ku Feng to name a few.  I never got see this in the theaters when in played and only caught it during it’s Saturday afternoon television runs back in the 80’s so it was great to finally see it in all of it’s 35mm glory.

Peep the trailer below and do yourself a favor and catch the move when you can (it’s a Dutch trailer because no English ones are posted).