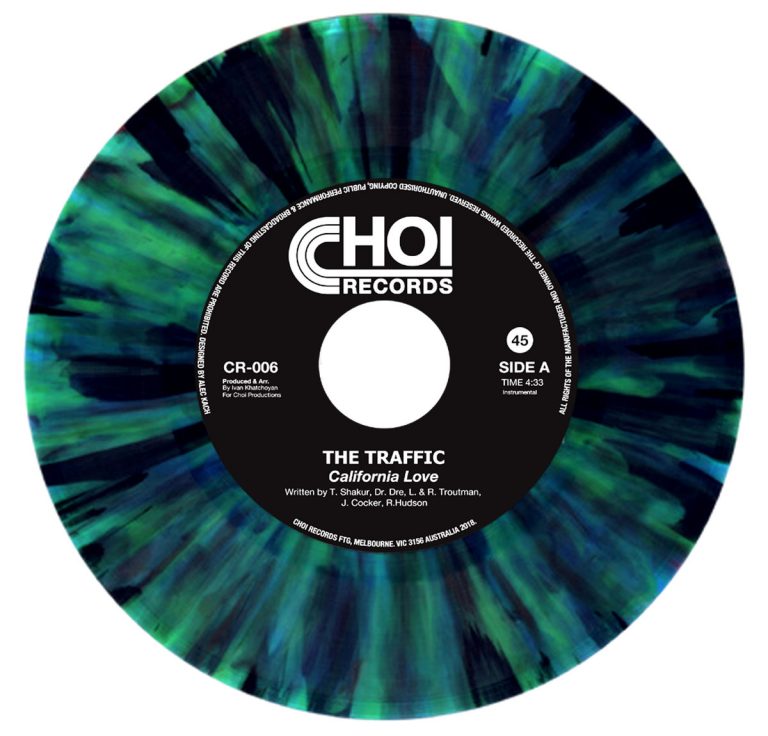 The Traffic – California Love b/w No Through Road

First let’s give props where props are due to DJ Prestige over at Flea Market Funk for hipping me to this tough 7″ making it’s way out of Melbourne Australia from The Traffic. Consisting of members from Bamboos, Punkawallahs, Pickpocket and Cookin On 3 Burners, The Traffic are coming strong with their upcoming 7″ release covering familiar territory as well as something totally new and exciting.  Their soon to be released 45 does a new take on the Dr. Dre / Tupac, Roger Zapp inspired anthem, “California Love” which will surely be a heavy spin for those looking for an alternate take. Flip the record over an the b-side wins again! “No Through Road” is a completely new and original composition recorded by the band and it really hits. The concept was simple, no rules, no pre-thought about what they would play. Drums and bass leads this 16th note funk rampage with the guitar in toe, weaving in and out of sections the horns pepper the bed with hits and accents. This unintentionally became a great Bboy tempo track which would give lots of cool sections to boogie to. We love when a group of musicians can set up shop in the studio, go for it and come out with a hit.