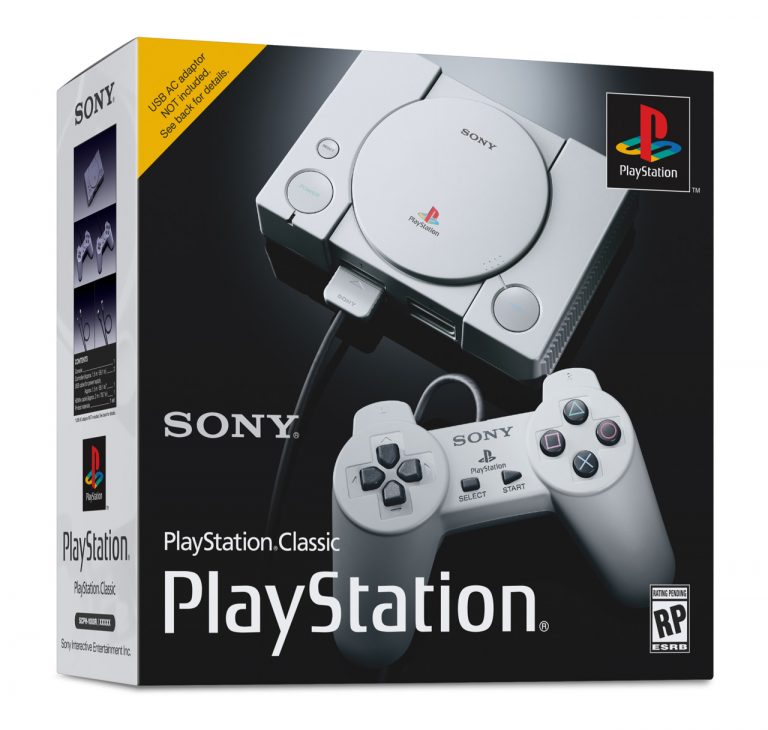 Seems like everyone’s getting in on the mini / classic console launch and striking our nostalgia in a big way. The original PlayStation is known as one of the greatest consoles ever is celebrating it’s 24th anniversary and Sony has released details on it’s upcoming PlayStation classic which lands on shelves on December 3rd.  The console is considerably smaller than the original ships with 2 controllers and pre-loaded with 20 games including classics like Final Fantasy VII, Medal Gear Solid, Resident Evil Directors Cut, Tekken 3, Twisted Metal and more and will retail for $99.