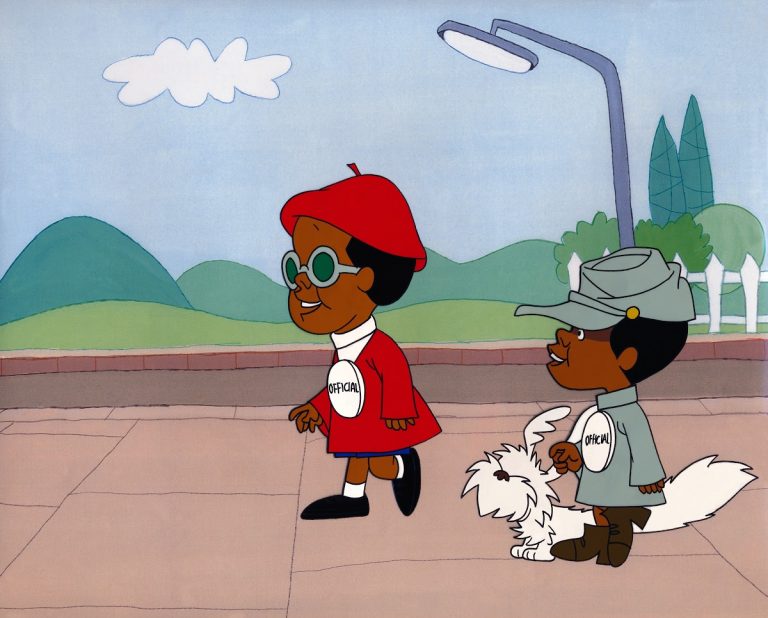 Originally created as Wee Pals, a syndicated comic strip about a diverse group of children and was the first comic strip syndicated in the United States to have a cast of diverse ethnicity, dubbed the “Rainbow Gang”. When cartoonist Morrie Turner began questioning why there were no minorities in the comic strips, his mentor, Peanuts cartoonist Charles M. Schulz, suggested he create one. Morris’ first attempt, Dinky Fellas, featured an all-black cast, but found publication in only one newspaper, the Chicago Defender. Turner integrated the strip, renaming it Wee Pals, and on February 15, 1965, it became the first American syndicated comic strip to have a cast of diverse ethnicity. As the comic strip’s popularity grew, Turner added characters. He included children of more and more ethnicities, as well as a child with a physical disability. He also added a weekly section called “Soul Corner”, which profiled notable African Americans from history.

In 1972, the Wee Pals turned animated and made it’s television debut on ABC as Kid Power which was produced by Rankin/Bass with animation done in Japan by Topcraft. The series lasted for 17 episodes and remained in syndication with reruns for the new few years.

Revisiting this series made me realize how far things have really slid backwards in this country as far as diversity is concerned. When will there ever be another time when a show like Kid Power will exist? It was shows like this that showed that there was diversity in the world and although the series was short lived, it’s the little things like this that would hopefully groom children to understand that hate and racism is wrong.