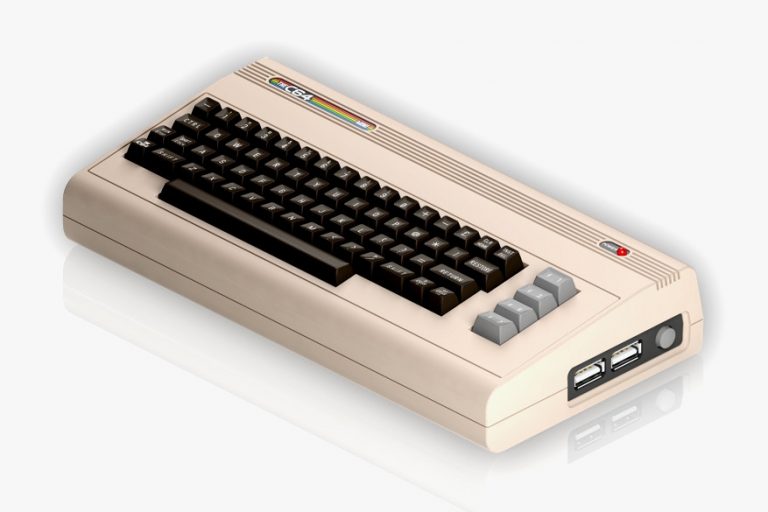 It seems that everyone is trying to get in on the “mini” action with releasing small versions of classic systems. Making it’s debut sometime in 2018 comes the Commodore 64 which in my opinion is one of the greatest home computer / video game systems there ever was. I originally got the Commodore 64 along with a floppy disc drive, modem and several game cartridges back in 1983 as a gift and it’s been with me ever since.

Dubbed the C64 Mini, the system will come pre loaded with classics like California Games, Impossible Mission and Hawkeye.   It comes with a wired joystick, a charging cable and will connect to your TV via an HDMI port, but you can also use any standard PC USB keyboard to interface with it. The C64 Mini will have a save game capability and filtering options such as CRT, pixel perfect and scanline emulation. You can upgrade your console’s firmware via a USB flash drive. Retro Games is also planning a full-sized version of the C64 for late 2018.

Cool in concept and nostalgia like most of these mini systems but if you own the full size then you’ll most likely enjoy playing that one enough especially without the limitation of gaming catalog unless of course there will be a download up.